by Zoe Lin, Manager of Advancement and Patron Experience

Growing up in Taipei, Taiwan, Dragon Boat Festival is one of the four most celebrated Chinese traditions, along with Lunar New Year, Tomb-Sweeping Day, and Moon Festival. The Dragon Boat Festival, also known as the Duanwu (端午) Festival is celebrated on the 5th day of the 5th month of the Lunar calendar. The date of the festival varies from year to year on the Gregorian calendar but it usually occurs around June as far as I can remember. The festival is best known for its dragon boat races, and sticky rice dumplings called zongzi (粽子). 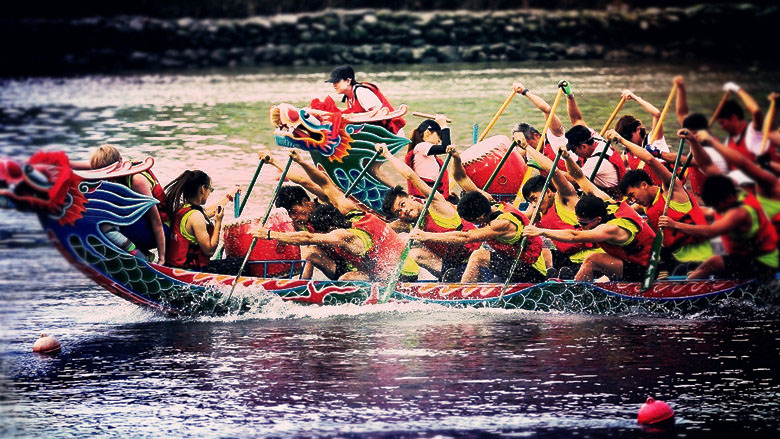 A lesser-known tradition on the day of the Dragon Boat Festival is Egg Balancing. Growing up I was told that between 11 am to 1 pm on the 5th day of the 5th month of the lunar calendar is the only time that’s possible to balance eggs because the gravitational force of the sun is strongest at this time. I was also told that an egg that’s balanced upright on the ground at noon brings a year of good luck to your family.

My fondest memory of the Dragon Boat Festival (apart from trying to compete with my dad on the number of zongzi I could eat) is laying on the cold concrete floor at my grandma’s house with my cousins, trying to be the first one to balance an egg. My family wasn’t the only one that was into egg balancing. Egg balancing competitions were as popular as dragon boat races around the country. In 2012, 5,500 people gathered in Hsinchu (a city in northern Taiwan, southwest of Taipei) for a competition that set a new world record for the most eggs balanced by a group. In just 60 seconds a total of 4,247 eggs successfully “stood up”. The previous Guinness world record was set in 2005, on the Northern Tropic in southwestern Taiwan, when 1,972 eggs were balanced. 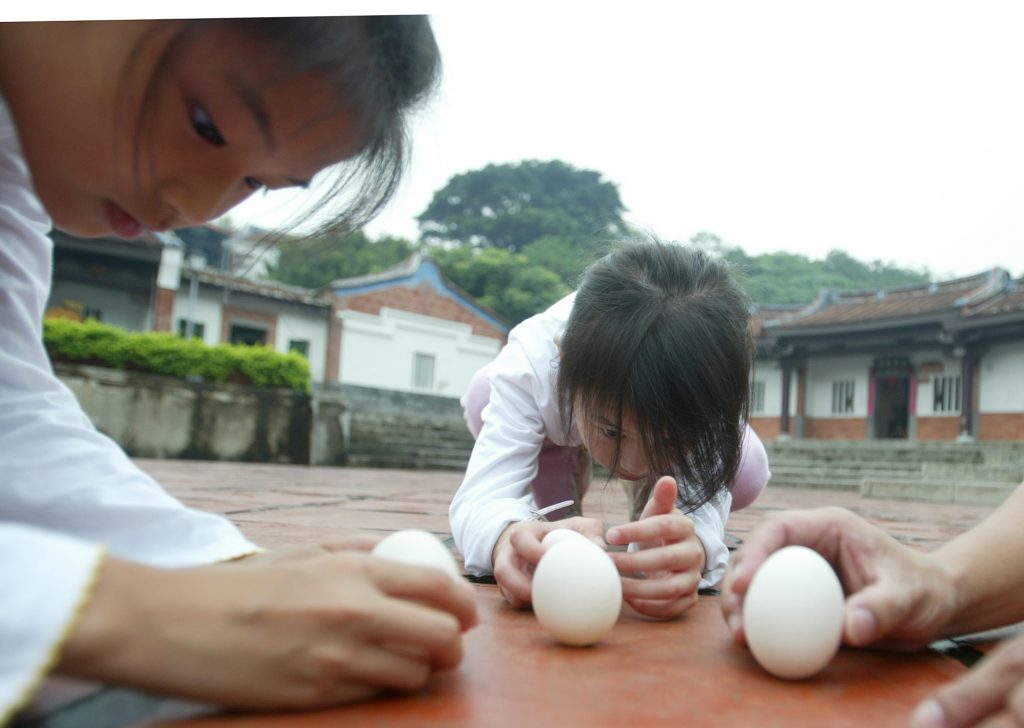 As my cousins and I got older, we became less interested in egg balancing. This may have something to do with us learning that egg balancing has nothing to do with the gravitational force of the sun, and can be done throughout the year, which made the activity a bit less of a novelty during the Dragon Boat Festival. Every year around this time when the weather starts warming up, no matter where I am, warm breezes always bring me back to my grandma’s living room floor, surrounded by my family, chin firmly pressed against the floor with eyes focused on the egg that I was trying to balance.

Soundstreams is developing a new opera, Dragon’s Tale, inspired by the mythology behind the Dragon Boat Festival. Dragon’s Tale is a co-production with Tapestry Opera, with music by Chan Ka Nin and a libretto by Mark Brownell.