Fresh off a successful run in Toronto at the 2019 Luminato Festival, Hell’s Fury, The Hollywood Songbook is headed to the state in which a bulk of the action takes place, this time being presented by Stanford Live in early December. 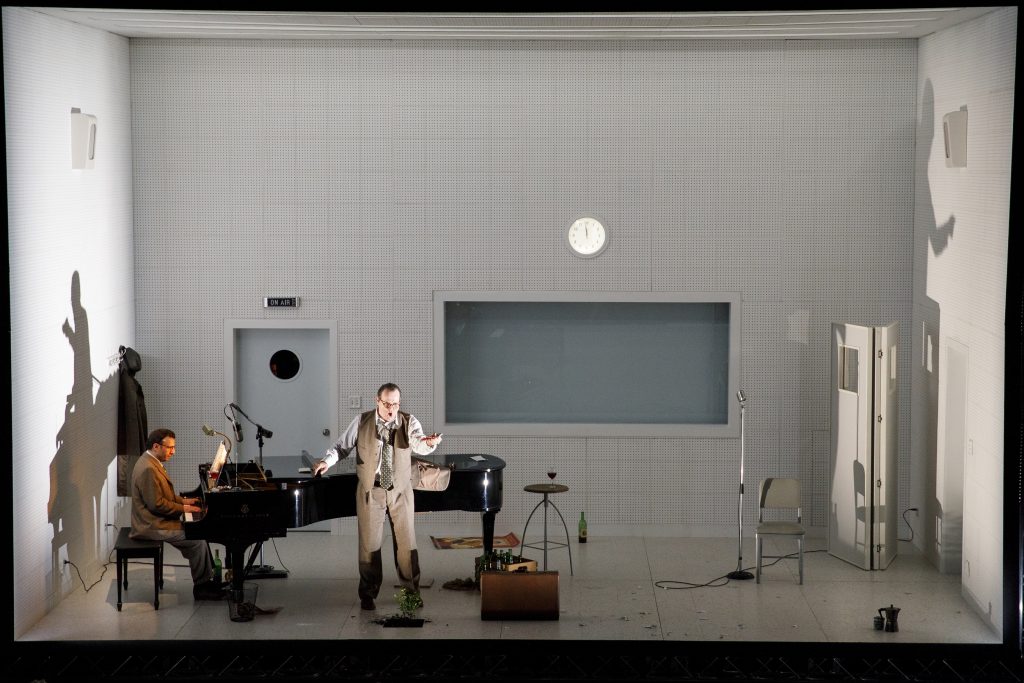 Photo from Hell’s Fury, the Hollywood’s Songbook by Bruce Zinger

“I’ve been working on this project since 2010 when I was at Luminato. A dream team of collaborators bring Eisler’s personal reflections on isolation, identity and place to life.”

Director and Deviser Tim Albery has this to say about the show content itself:

“’Hell’s Fury’ examines the extraordinary life of composer Hanns Eisler, exiled in turn by the three most powerful ideologies of the 20th century, the Nazism of Germany, the Capitalism of the USA and the Communism of East Germany.

His song cycle, the ironically titled “Hollywood Songbook,” a lyrical outpouring of wit, anger, and pain, written while he was composing Oscar-nominated movie scores, is the centrepiece of a highly theatrical recreation of Eisler’s remarkable journey of migration, a journey that continues to resonate strongly in a world of borders and an ever-increasing fear of the other.” (quote pulled from May 2019)

With its home at Bing Concert Hall, Stanford Live is simultaneously a public square, a sanctuary, and a lab, drawing on the breadth and depth of Stanford University to connect performance to significant issues, ideas, and discoveries.

We can’t wait to take this spectacular production December 6 and 7 to Stanford Live. Tickets available here