Nicole Lizée, born in Gravelbourg, a small town in south-central Saskatchewan, is the mastermind behind The Lost Karaoke Tapes. A “brilliant musical scientist,” Lizée will join the Australian Art Orchestra and take us on a nostalgic multimedia trip January 30th at the Great Hall. 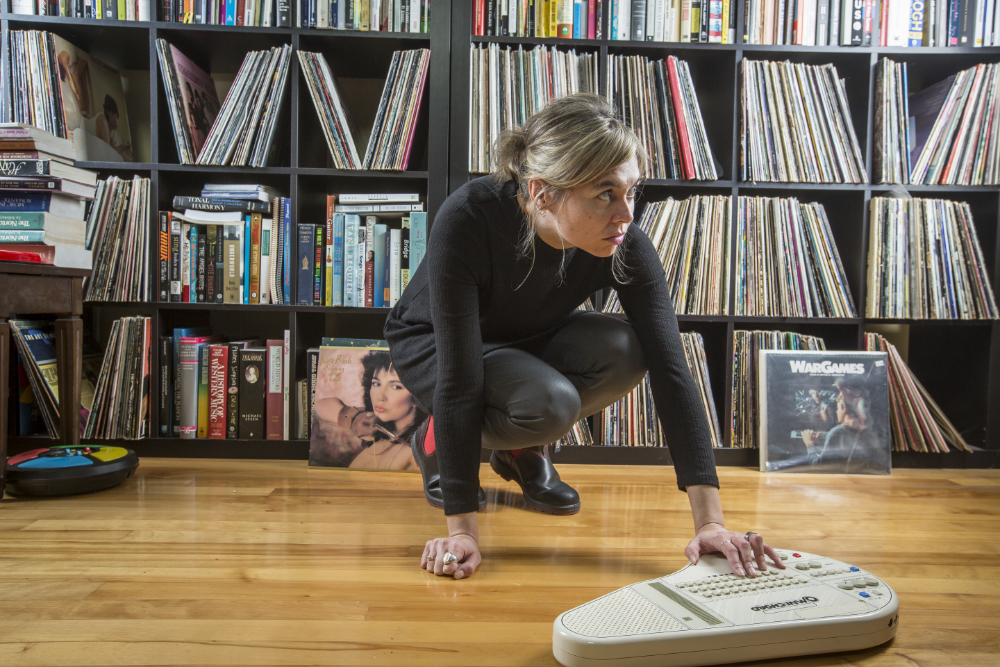 As an artist who is fascinated by the glitches made by outmoded and well-worn technology, Nicole Lizée managed to notate these glitches and integrates them into her work Karappo Okesutura Vol.3 (the work being premiered at The Lost Karaoke Tapes), where a karaoke singer takes the stand on stage to perform with a broken karaoke machine. It jumps to different sections of the track, rewinds and stops erratically, with pitches and speeds rising and falling irregularly.

She recently spoke with Soundstreams’ program notes author, David Jaeger, on the evolution of this project:

“Within each subsequent volume, I looked to further expand ways of ‘damaging’ the tapes and also expand the live performers’ ways of interacting with them. While the malfunctioning karaoke tape and/or machine is the centre of the project it’s the presence of the live ensemble that transforms it.”

As a pioneer in contemporary music, Nicole Lizée was recently awarded the prestigious 2019 Prix Opus for Composer of the Year.

The one-night-only performance of The Lost Karaoke Tape is your chance to go down a music rabbit hole with Nicole Lizée and the Australian Art Orchestra. “It’s a celebration of glitch, analogue, grooves, psychedelia, and the beauty of malfunction.”