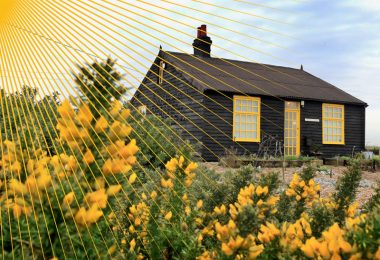 Garden of Vanished Pleasures September 23 - October 10, 2021 at 8pm Crow's Theatre (Online) Single Tickets are $20
A discovery of hope, resilience, and solace.
“The gardener digs in another time, without past or future, beginning or end… Here is the Amen beyond the prayer. ” —Derek Jarman

What to Expect
The music of Cecilia Livingston and Donna McKevitt intertwine seamlessly in this 75 minute, fully-staged production for digital broadcast, devised and directed by Tim Albery. Soundstreams brings you another theatrical presentation of contemporary music for curious listeners.

If modern gardening has a patron saint, it must be English artist, filmmaker, and queer rights activist Derek Jarman (read more about Jarman here). As the AIDS plague took his friends one by one and he himself faced an increasingly uncertain future, he discovered his own form of hope, resilience, and solace in his garden by the sea.

Cecilia Livingston writes deeply-felt songs of love and loss, and they chime perfectly with Donna McKevitt’s heart-aching songs that use beautiful texts drawn from Derek Jarman’s journals. Their works are intertwined in Garden of Vanished Pleasures, a fully-staged production for digital broadcast, devised and directed by Tim Albery, working with other members of the team who brought you Hell’s Fury, The Hollywood Songbook.

Presented in partnership with Pinkhouse Productions. Garden of Vanished Pleasures is made possible with support from Neil and Carolyn Turnbull, The Mary-Margaret Webb Fund for Women Composers, and Steinway & Sons. 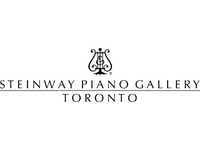 The digital production of Garden of Vanished Pleasures is sponsored by BMO.

Garden of Vanished Pleasures is part of Soundstreams’ 2021 Digital Residency at Crow’s Theatre.

Made with the Generous Support of ACTRA Toronto, Canadian Actors’ Equity Association, Associated Designers of Canada, and Toronto Musicians’ Association.