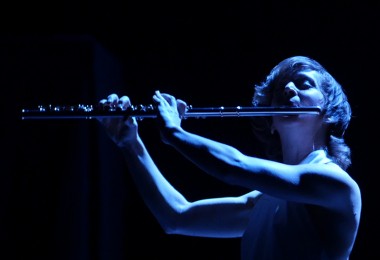 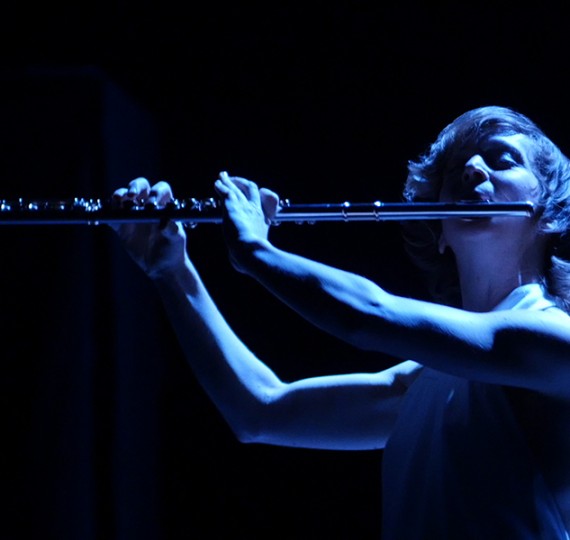 Flute virtuoso Claire Chase brings her Density 2036 project to Toronto.
“Of what will the Density of our time be made? Of osmium? Of signal processing? Of wood? Of carbon? Of flesh? Of air?” —Claire Chase

Buy tickets to Magic Flutes through the Buddies in Bad Times box office, or purchase all three 2016/17 Ear Candy concerts now for just $45 as part of your Soundstreams subscription!

International Contemporary Ensemble’s Claire Chase returns to Soundstreams after the sold-out success of The Whisper Opera.

Density 2036 is a 22-year project begun by Chase in 2014 to commission an entirely new body of repertory for solo flute each year until the 100th Anniversary of Edgard Varèse’s groundbreaking 1936 flute solo, Density 21.5.

Each season between 2014-2036, Claire will premiere a new 60-minute program of solo flute work commissioned that year in a special performance at The Kitchen in New York City, and on tour in select cities thereafter. Additionally, each cycle of works (Density 2014, Density 2015, Density 2020, etc) will be released in their world premiere recordings annually, and scores, performance notes, and materials be made available digitally as educational resources for flutists everywhere.

Every three years of the cycle (Density 2016, Density 2019, etc) a retrospective event will be held in which Claire will perform cumulative concerts of all Density work commissioned up until that date. In 2036, a 24-hour marathon will take place.