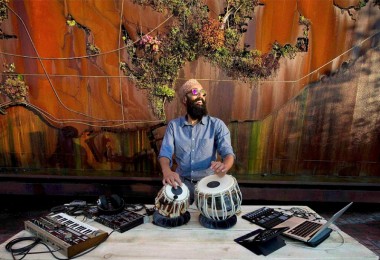 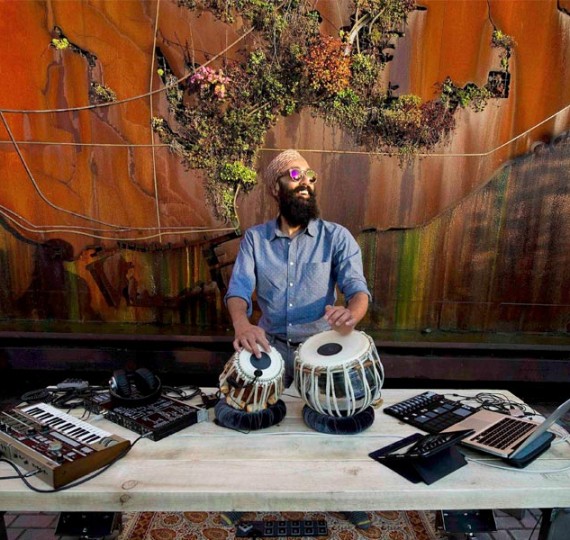 The music of Asia has long exerted a profound influence on composers and such influences are today the norm, rather than the exception. Join us in a contemporary meeting of South Asian and Western musical palettes, and learn how the featured artists weave influences from around the world into their own innovative new works.

Gurpreet Chana is one of Canada’s leading tabla fusion artists. A producer, technician, composer and performer, his music juxtaposes the time-honoured tradition of the tabla with a dizzying array of musical styles. Weaving the hypnotic sounds of the tabla drums into the fabric of contemporary music, he spreads its rhythmic pulse like a meme with each fresh cultural integration. A student of the tabla since the age of three, Chana has played internationally and worked alongside artists including Nelly Furtado, Tanya Tagaq, Jorane, DJ Starting from Scratch and Bally Sagoo. His latest project, TABLIX, is a breathtaking integration of tabla and technology.

Our free Salon 21 discovery series has grown widely in popularity in the last few years. After doubling the number of events at The Gardiner Museum, we’ve partnered with Toronto Public Library and the Toronto Arts Council to offer Salons in neighbourhoods across Toronto. Join us and rediscover your local library. All ages welcome; most suitable for ages 14 and up.

Learn more about Salons at various library branches around the city below, or visit the Toronto Public Library website.

All ages welcome; most suitable for ages 14 and up.

This project is supported through Toronto Arts Council Strategic Funding. 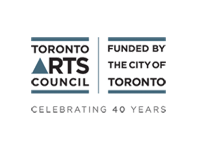 Presented in partnership with the Toronto Public Library. 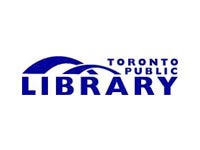