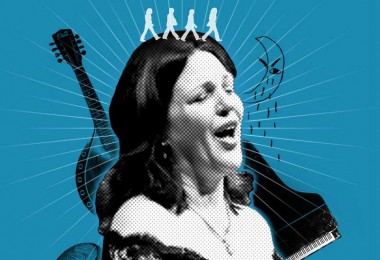 Adrianne Pieczonka: Beyond the Aria Tues, September 29, 2015 at 8:00 pm Koerner Hall, TELUS Centre 273 Bloor Street West, Toronto ON
One of opera’s most lauded sopranos explores an eclectic range of 20th-century repertoire, from Crumb’s Ancient Voices of Children to the Beatles.
“Adrianne Pieczonka’s pearly soprano is as lustrous a sound as anyone could imagine.” —The Globe and Mail

Her voice hailed as “impeccably pure and iridescent,” Canadian soprano Adrianne Pieczonka has dazzled opera lovers in Europe, North America, and Asia. Now comes a rare opportunity to hear her haunting interpretations of contemporary repertoire at Koerner Hall, including George Crumb’s Ancient Voices of Children, a haunting sonic exploration of poems by Federico García Lorca that she first performed for Soundstreams in 1987.

Mezzo-soprano Krisztina Szabó joins Pieczonka and a chamber orchestra for this electric concert reimagining the possibilities of voice and percussion, which also features a world premiere by Analia Llugdar, selections from Crumb’s American Songbook, and Luciano Berio’s arrangements of Beatles Songs by Lennon and McCartney.