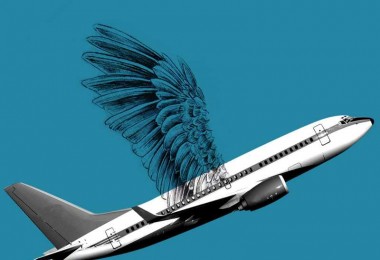 In evoking the story of Icarus, who flew with waxen wings only to plummet to his death after soaring too close to the sun, award-winning composer Brian Current and playwright Anton Piatigorsky impart a mythic dimension to the mundane experience of contemporary air travel. Set aboard a plane bound for Cleveland, their opera explores both the spiritual joy and the angst of flying as it invites us into the minds of passengers and crew, revealing their relationships and their inmost thoughts.

Immediately following the performance dates below. Stay after the opera for a discussion with members of the Airline Icarus artistic team.

Airline Icarus is in English, and 60 minutes long, with no intermission.

Watch an interview with composer Brian Current and librettist Anton Piatigorsky discussing the themes and inspiration behind Airline Icarus: