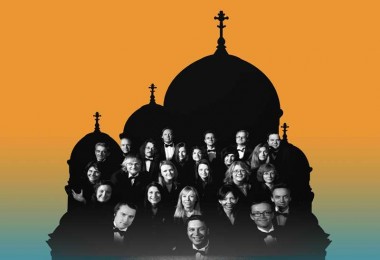 The Latvian Radio Choir November 11, 2012 3:00 pm Koerner Hall at the TELUS Centre for Performance and Learning

The Latvian Radio Choir November 11, 2012 3:00 pm Koerner Hall at the TELUS Centre for Performance and Learning
One of the world’s greatest chamber choirs make a rare Canadian appearance in an epic concert celebration of the human voice and spirit.
“No [other] choir sings with the precision and vibrato-free purity of this brilliant group from Riga” —The Independent (London)

Appearing in Toronto just prior to its U.S. debut at Lincoln Center, the Latvian Radio Choir was joined by 120 choristers from universities across Canada. Featuring classics from the Russian and Latvian repertoire—Rachmaninov’s beloved Vespers and Part 1 of Schnittke’s monumental Concerto for Choir —the program also showcased two Canadian composers: John Weinzweig and Ana Sokolovic, who premiered a new piece.