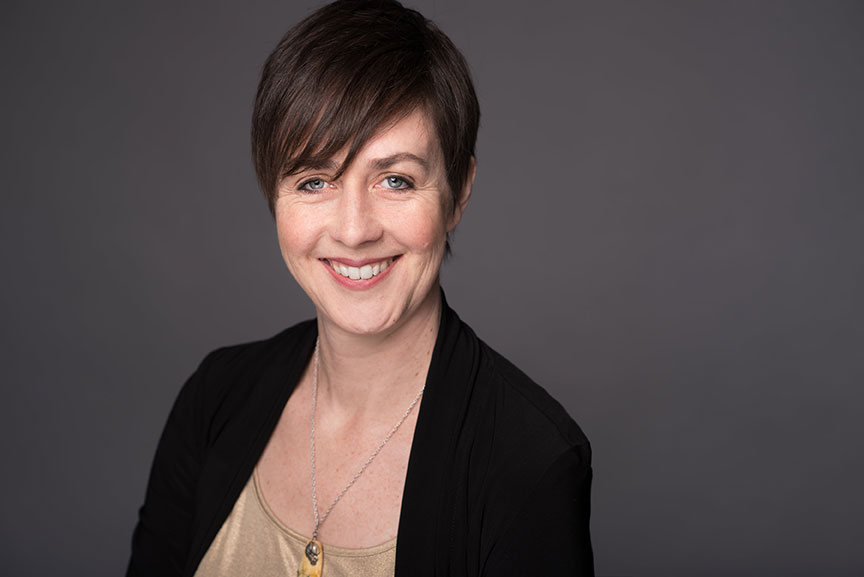 October 25, 2021 (Toronto, ON) // Soundstreams Board of Directors President Daniel Weinzweig has today announced the appointment of respected Toronto arts leader, producer and managing director Beth Brown, most recently of Nightwood Theatre, to the position of Soundstreams Executive Director. Brown joins Founding Artistic Director Lawrence Cherney at the helm on November 1, 2021. Emma Fowler, who had stepped in as Interim Executive Director, will return to her role as Director of Artistic Planning and Outreach.

From Founding Artistic Director Lawrence Cherney: “Beth Brown joins Soundstreams at a particularly opportune time in our near 40-year history. Before and during her stint as Interim Executive Director, Emma Fowler has played a crucial role positioning the company as the prime producer of Canadian music in our country and on the world stage. Beth has a proven track record in leading arts organizations to realize their dreams, and I really look forward to pursuing Soundstreams’ vision with her on board.”

“I am thrilled to be joining the incredibly talented and dedicated team at Soundstreams!” says Brown. “I am struck by the passion, drive and commitment of the staff and board as well as the incredible breadth of work that Soundstreams produces over the course of a season. I look forward to continuing the work of my predecessors, ensuring that flexible, adaptable and innovative systems are in place which will best support the vital work of this organization and the dissemination of that work not only to our local communities, but nationally and abroad. I am honoured to be working alongside Lawrence Cherney in realizing his artistic vision for the organization and ensuring its continued vibrancy and success moving into the future.”

Brown joins Soundstreams at the top of the 2021/22 season, and will be an instrumental part of the 40th Season in 2022/23. Soundstreams’s 2021/22 season launched this September, with a critically-acclaimed world premiere production, Garden of Vanished Pleasures, from composers Cecilia Livingston and Donna McKevitt based on the writing of Derek Jarman. This month Soundstreams launches its second world premiere of the season on November 19, with Love Songs, featuring two brilliant works by composer Claude Vivier and a world premiere by Christopher Mayo. The Love Songs program is another in a series of Vivier productions over several seasons, that this year includes live presentations in Toronto and a European tour in May, featuring linchpin appearances at a Claude Vivier Festival hosted by London’s Southbank Centre.

Soundstreams also announced the appointment of two new Directors to the Board – Coco Chen, and Rebecca Cuddy.

From Daniel Weinzweig, President, Soundstreams Board of Directors: “On behalf of the Board of Directors, I want to extend an enthusiastic welcome to Coco Chen and Rebecca Cuddy – their unique skillsets and passion for our art will be tremendous assets going forward. I’m further delighted to welcome the incoming Executive Director Beth Brown. Beth brings a depth of arts leadership experience along with her passion for music to Soundstreams at an exciting time as the organization approaches its fortieth anniversary. Soundstreams also would like to thank Interim Executive Director, Emma Fowler, for her excellent work in guiding the team over the past few months.”

More on the New Soundstreams Staff and Board Members

Beth Brown comes to Soundstreams from Nightwood Theatre, Canada’s foremost feminist theatre, where she held the Managing Director role for over seven years and was able to grow the organization, ensuring financial stability in order to further its impact and reach. She is a professional arts manager who found her calling when her ability to work on the University’s musical was threatened because there was no bassoon part, which prompted her to accept her first Stage Manager position resulting in her working behind the scenes ever since.  Beth graduated from Queen’s University with a Bachelor of Music Degree, and went on to study Technical Theatre Production at the National Theatre School of Canada. Upon graduating, Beth worked as a Stage Manager and Production Manager on productions in Toronto and abroad for many years. In 2010, Beth became General Manager of Theatre Direct Canada where she contributed to the opening and managing of a new facility. Beth is a Board Member for the Toronto Alliance of Performing Arts (TAPA) where she chairs the Dora jury nomination committee. She is also a proud board member of the WeeFestival and Eldritch Theatre Company.

Passionate about Canadian music and the performing arts, Coco Chen is excited to combine her background in music performance and skills in her legal and business work to serve and further advance the vision and mandate of Soundstreams.

Privileged to take the stage on multiple Soundstreams productions, Rebecca Cuddy is thrilled to continue her journey with a company that holds space for so many of her own values; new Canadian works, innovative productions and immersive musical experiences.

Soundstreams is one of the world’s leading contemporary music companies, and the largest global presenter of new Canadian music. Founder and Artistic Director Lawrence Cherney is committed to showcasing the work of Canadian and international composers, and has commissioned over 170 new works, and programmed hundreds of unique and compelling concerts including chamber music events, multi-choir spectaculars, operas, music-theatre works, and seven highly successful international festivals. Soundstreams serves a broad community of music lovers through the yearly Main Stage series, and free outreach and education programs that include Encounters, the Insider program, RBC Bridges, and SoundMakers. Years of collaboration with artists from diverse cultures have laid the groundwork for Soundstreams’ leap onto the world stage, with productions like Claude Vivier’s Musik für das Ende, the Cree- and Sámi-language Two Odysseys: Pimooteewin / Gállábártnit, and Hell’s Fury: The Hollywood Songbook enjoying international success and rave reviews through The New York Times and The Los Angeles Times.
—