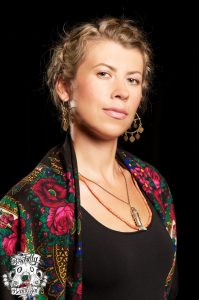 This piece is inspired by the end of the world prophesy in the Book of Revelations, in which seven trumpets bring in various catastrophes, which wipe out much of life on earth, herald the final judgement, and establish paradise on Earth. The last three trumpets are known as the
Three Woes. The Fifth Trumpet (First Woe) prompts a star to fall from heaven and open the bottomless pit, releasing acrid smoke and locust-like creatures which are actually scorpion-tailed warhorses with human faces and lion’s teeth. These “locusts” will repeatedly sting anyone who lacks the seal of God on their foreheads. The Sixth Trumpet (Second Woe) will release four bound angels who will lead an army of 200 million mounted on horses with lion’s heads and snakes for tails. This army will kill exactly a third of the mankind that didn’t already die from forest fires, bloody oceans, poisoned waters and the dimming of sunlight. The Seventh Trumpet (Third Woe) will bring in Christ’s second coming and the final judgement of the remaining people, after which paradise will be established on earth and Christ will rule in peace and happiness
forever, Amen.

The ancient authors of the Bible were certainly imaginative in the catastrophes they described, but reading this I can’t help thinking that much of this is already happening due to global climate change. Ocean life is dying from rising temperatures, forests are burning on mass dimming
sunshine with smoke, fresh water is being polluted by industry. Wars are being fought constantly around the world, and will probably get worse as climate pressure mounts. As I explored all this, the piece became something entirely different than originally intended. Thinking of the ending of the prophesy which promises Earthly Paradise, I can’t help wondering how the remaining people will manage to live happily ever after on a ruined planet after surviving war and major cataclysms, and watching most of their brethren get slaughtered. 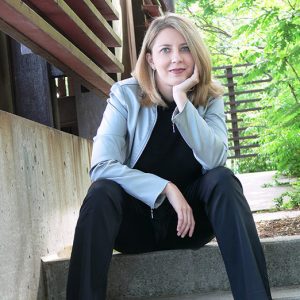 Titanomachy is the name of an ancient battle between two factions of Greek gods – the Titans and the Olympians. Because it was a battle of gods who couldn’t be “killed” in any traditional sense, it lasted for ten years.

This composition is a one-movement double concerto for solo trumpet and solo piano with string orchestra. The pitting of two soloists against each other seemed to lend itself to the concept of a battle.

The piece opens with the trumpet playing towards the inside piano strings with the damper pedal down, as if echoing through the beautiful landscapes of the ancient Greek territory of Thessaly where Titanomachy took place. After a more lyrical section that evokes the “calm before the storm,” the “battle” begins. From there, it’s an escalation to the end, with trumpet and piano trying to out-do each other. As part of the trumpet’s “tactics,” there is an escalation of “weapons” as the trumpet switches from flugelhorn, to C trumpet, to piccolo trumpet.

The piece is dedicated to Kim Turney.