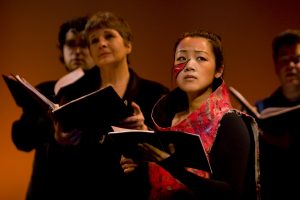 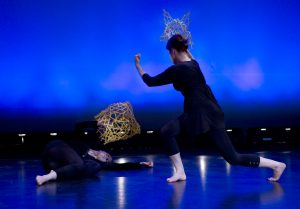 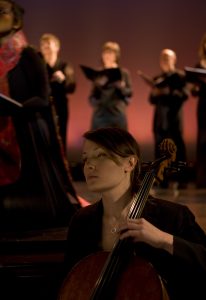 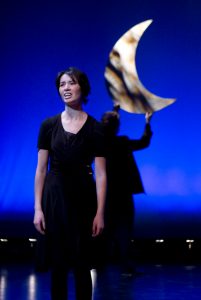 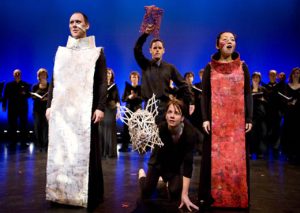 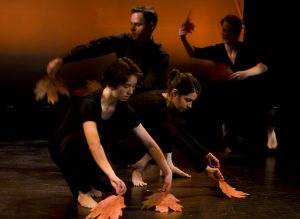 Celebrating Soundstreams 35th season, “35 Ways” is an ongoing series that celebrates how Soundstreams has influenced, shaped or contributed to Canadian Music.

In February 2009 Soundstreams broke new ground with the production of Pimooteewin: The Journey. The first opera written and sung in Cree, it featured Japanese kuroko movement and puppetry choreographed by Michael Greyeyes, libretto by international award winning writer Tomson Highway, and music by Melissa Hui. It is the tale of Weesageechak (the Trickster) and Misigoo (The Eagle) who, bemoaning the departure of the living to the land of the dead, journey to the magic island where the Spirits of the Dead dance every night. Inspired by Cree mythology, this poignant story approaches the universality of life and death with wisdom and humor. Tenor Bud Roach performed as Weesageechak, and soprano Xin Wang took the stage as Misigoo, Meegwun Fairbrother narrated the piece, and the Elmer Isler Singers acted as the choir.

The show struck a chord with audiences. As director Michael Greyeyes put it, “When you create theatre or any sort of story that has the essential human stories — love, life, death, birth — you’re touching on universal themes.” Taking nearly four years to complete, The Journey was a huge success for Soundstreams. After its initial run in Toronto, the cast and crew toured Northern Ontario.

Hear the audio of  Pimooteewin: The Journey here.

Michael Greyeyes is returning to collaborate with Soundstreams once again in our 35th season opener, Northern Encounters on October 16th in Koerner Hall.

Soundstreams is also working on a companion piece Gállábártnit, with Greyeyes at the helm. Learn more about this work in the video below.