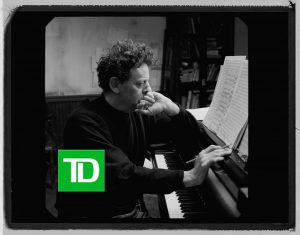 Philip Glass, born in Baltimore Maryland in 1937, is an American composer and, despite not liking the term, he is considered the father of minimalism. Glass discovered his love of music very early on while working in his father’s radio store and listening to the classical records customers did not purchase.

He studied at the University of Chicago, the Juilliard School and eventually in Aspen, Colorado with Darius Milhaud. Shortly after, he moved to Europe, and studied with legendary pedagogue Nadia Boulanger and worked closely with the sitar virtuoso and composer Ravi Shankar.

Working in film has brought Glass many accolades including:

In addition, Glass’ associations, personal and professional, with leading rock, pop and world music artists date back to the 1960s, including the beginning of his collaborative relationship with artist Robert Wilson. He has collaborated with Paul Simon, Linda Ronstadt, Yo-Yo Ma, and Doris Lessing, among many others.

Share with us what makes Philip Glass’s work interesting for you.