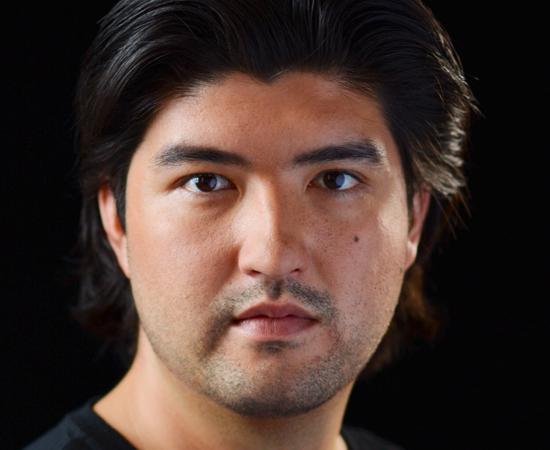 Baritone Clarence Frazer pursued a career in opera because he couldn’t imagine his life without music. He studied opera at Western University, then joined the Calgary Opera’s Emerging Artists Program, where he played Count Gil (Il segreto di Susanna), Ramiro (L’heure espangol) and Dottore Grenvil (La Traviata). He is also an alum of the Canadian Opera Company’s Ensemble Studio, with recent engagements performing Yamadori in Madama Butterfly, Guglielmo in Così fan tutte, and Figaro in The Barber of Seville (Ensemble Studio performance).

Clarence plays Jean in the upcoming Julie, November 17 to 29, presented with Canadian Stage. We caught up with Clarence over emails during his busy week of rehearsals, to discuss how he became an opera singer, his time with the COC Ensemble Studio, and his history with sports. 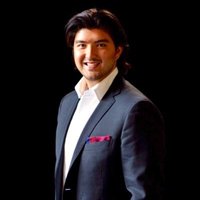 Soundstreams: How and when did you decide to become an opera singer?
Clarence Frazer: I have always had an appreciation for classical music. I was brought up very well-rounded, in that, my parents had me in piano lessons and I sang in the Toronto Children’s Chorus, as well as being athletic and focused on school. It wasn’t until university that I decided to pursue opera. In Canada it really was the only “style” of vocal training you could study at university. I had a couple of teachers tell me they thought I could pursue a career in classical singing if I wanted it. Pretty much since then I never looked back.

SS: Who are some of your favourite contemporary composers?
CF: To be honest I haven’t been involved with much contemporary music. Every time I perform contemporary music it grows on me more and more. I would have to say that Philippe Boesmans’s music in Julie is quite amazing. It’s very nice to sing and very well written for the voice, I believe.

SS: What is your favourite opera role you’ve performed?
CF: Figaro in Rossini’s Barber of Seville.

SS: You’ve said that you were learning Italian at one point – how is that going? Are there any other languages you’ve learned?
CF: It’s going well. It is hard to practice the language when you’re not living in the country (Italy in this case). As a result, proficiency suffers when the language is not in conversational use all of the time. Aside from whispering sweet nothings into my girlfriend’s ear, I don’t use the language very much at home. With that being said, whenever I go back to Italy it takes me about one or two weeks to get the language back. 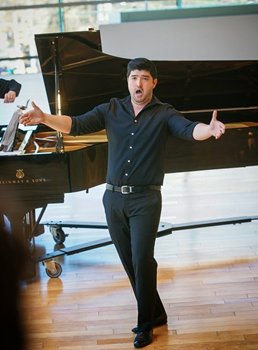 SS: What was the most important thing you learned as a member of the Canadian Opera Company’s Ensemble Studio?
CF: Less is more! Everything is seen as so grand and bigger than life in what we do. The important thing for me was to not have that idea creep into my singing and physical actions. Our instrument works at its optimal when everything is relaxed and happening naturally.

SS: You once considered a career in sports, namely football, and are a big sports fan. Are there any parallels you’ve drawn between playing sports and performing opera?
CF: I always relate singing to athletics. Having been an athlete at a very high level there really is no difference between performing on stage and performing on ice or a field. I could go on forever about the similarities but we’d need a whole interview for that.

The one thing, however, which I took from athletics and always apply to my career, was this idea about excellence versus success. Many people believe excellence and success are the same thing and they are not the same thing. As Joe Paterno (head coach of the Penn State Nittany Lions football team) once said, “Excellence is something that is lasting and dependable and largely within a person’s control. In contrast, success is perishable and is often outside our control.” I’m always striving for excellence as it is something I can always control. I believe if I strive for excellence in what I do, every day, eventually I will be successful.

SS: You’ve said that you’d like to try your hand one day at conducting. Where do you see yourself in 10 or 25 years?
CF: My hope is that I am still singing in 10 or 25 years. Conducting is something I’ve always been fascinated with and have so much respect for. I could also see myself running an opera company or assuming some sort of artistic administration or casting role.