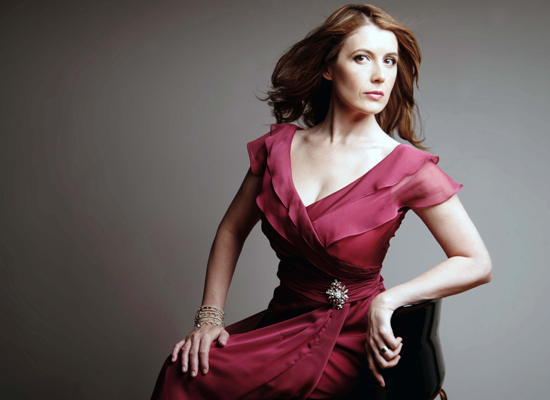 Our 2015/16 season opens on September 29 with a concert featuring mezzo-soprano Krisztina Szabó, who will perform pieces by George Crumb, as well as the world premiere of a piece composed by Analia Llugdar.

In the 2015-16 season Krisztina sings Judith in Bluebeard’s Castle (Colorado Music Festival), Thisbe in Pyramus and Thisbe (Canadian Opera Company), Handel’s Judas Maccabeus (Music of the Baroque), Handel’s Messiah (Symphony Nova Scotia, Calgary Philharmonic and Duke Chapel Choir), in concert and recital at the University of Toronto, Grand Theatre, London, and with the Talisker Players. Last season, she was nominated for two Dora Awards for her performances as The Woman in Erwartung with the Canadian Opera Company and in Booster Shots (Tapestry New Opera). Krisztina last appeared with Soundstreams as the Flight Attendant in Airline Icarus.

We chatted with Krisztina over email before our concert, to discuss the differences between performing contemporary work versus singing operas, as well as the background of the work composed by Analia Llugdar. Join us for Adrianne Pieczonka: Beyond the Aria on September 29 at Koerner Hall to see Krisztina perform – tickets on sale now! 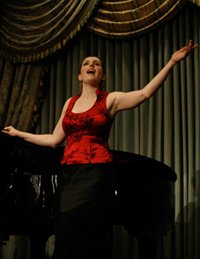 SS: What contemporary composers are still on your wish list to perform and why?
KS: I had the opportunity to work with Peter Eötvös last year singing some Boulez (which I would also love to do more of!), and he was a wonderful, thoughtful and intelligent conductor. He is also a gifted composer and I would love to sing something he has written! 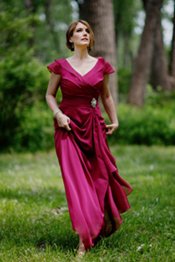 SS: In our concert, you will be performing a flamenco-flavoured new piece by composer Analia Llugdar, based on a poem by Federico García Lorca. What is the story of the piece? How will you prepare?
KS: The poem is called Romance de la luna, luna. On the surface, it is a story about the moon dancing in the night and a young boy warning her of impending danger (the gypsies coming). But, as with any poem, there are deeper more hidden meanings in the text and I look forward to finding out how Analia has interpreted the poem by how she has set the text to music.

SS: What is one piece of advice you like to give your vocal students?
KS: Prepare as best you can: know your music, know your text, [and] practice your technique. But when you go out and perform, be in the moment and be as authentic as you can be. All that preparation will be the backbone of your performance, but being in the moment will give life and depth to your performance.

SS: According to your Twitter, you love spending time at home, watching Netflix. What are you currently watching on it?
KS: Drop Dead Diva. It’s a great, fun series!

LIGHTNING ROUND
Favourite city: Toronto. I love my city!
Worst airport: Honestly, I have been to so many airports in my career, they are a bit of a blur. I know which ones I like and I think I've blocked out which were the worst!
Guilty pleasure song: At the moment, I like to bug my daughter by doing a silly song and dance to “Shut Up and Dance” – it’s annoyingly catchy. [Editor's note: I'd really love to see that dance, because I love that song!]
Best concert hall: In Toronto, I'd say Koerner Hall is definitely one of my favourites.
Favourite restaurant: My local restaurant, Marcello's, always has great food and friendly service.  And they do the best grilled calamari… mmmm…

Join us September 29 at Koerner Hall, for Adrianne Pieczonka: Beyond the Aria, where Krisztina will be joined by soprano Adrianne Pieczonka, to explore contemporary repetoire from George Crumb to The Beatles. Buy now!