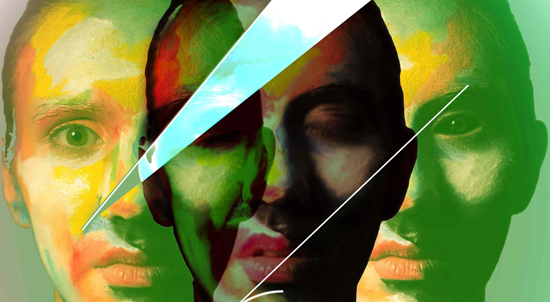 This is the second of a three-part series highlighting some of the most exciting big music coming from small places, featuring some of Toronto’s foremost “indie” new music presenters. Check out part one, and part three.

Artist-driven collectives play an important role in the ecology of arts presenters in Canada. They face incredible environmental challenges but are also free from some of the constraints of larger companies. Fluid and quick to react to the world around them, they create with an immediacy and specificity that speaks strongly to their dedicated communities.
Tell us what you think and give anyone that we missed a shout-out in the comments section. Be sure to read part three next week to find out who got the most mentions as an “Indie Presenter Crush!”

Soundstreams: When and why did you form your collective?
Amanda Smith: I began building FAWN Chamber Creative a few months after I graduated from university. The first FAWN event was in August 2012, though it had been in development since November 2011. I had several reasons for starting my own collective. Primarily, I was new to Toronto and wanted to get involved in the new classical music and opera community in a significant way. I had always favoured new and contemporary music while studying in university, so I wanted to continue my relationship with them. It was also very important to me to share this passion with people who have less or no exposure to the art form. My creative interests have always been broad since there is no escaping the fact that art informs art. As a result, I decided to create a structure that would allow me to connect with different artistic disciplines and their respective communities. FAWN is still developing and changing, but always with the aforementioned goal in mind.

SS: Ideally, where will FAWN be in five years?
AS: Ideally, FAWN will grow in a way that I cannot anticipate. I do not want to put any barriers on the type of work that will be developed (I prefer collaborations to dictate that), but I do anticipate bringing our productions to international settings and audiences. My eventual hope for FAWN is that it will one day serve as a vessel for new Canadian music and opera to be appreciated by new audiences, both in and out of Canada.

SS: As an audience member, why should I attend performances by smaller companies? What can I expect at one of your shows?
AS: Smaller companies and collectives are the future for many creative industries, for a variety of reasons. These small companies are often run by a younger generation of artists, whose passions for what they do lead them to create any way they can. Due to the lack of funding for the arts, and therefore the lack of entry level positions, many emerging artists are opting to be in control of their resumes. By creating their own work, these artists can develop their set of experiences quite quickly, and discover their voices through experimentation to show the world what they are capable of, which is usually done with very little support. As a result, there is often less restriction in the content presented. This freedom is often very exciting for an audience because they might get to see and/or hear something for the very first time.

FAWN events are always a blast! The content we present is of a very high calibre, which we exhibit in a way that is casual and social. We want our events to be something people of all ages would come to for an exciting night out with their friends. You will definitely be ready to head out to the bar or club after one of our shows!

SS: What’s the most exciting thing coming up for your group in the next year?
AS: Our next big event is the world premiere of L'Homme et le Ciel, an opera composed by FAWN Music Director & Resident Composer, Adam Scime. The opera features a six-piece ensemble with electronics and a three-singer cast, including Alex Dobson as Hermas, Larissa Koniuk as Rhoda, and Adanya Dunn as The Messenger. I will be directing the production and fellow FAWN team member, Holly Meyer-Dymney (FAWN Resident Production Designer), will be designing the set and lighting. Together we will ensure the night will be an exhilarating experience from beginning to end.

SS: Who is your indie presenter crush?
AS: Against the Grain Theatre is a company I truly look up to. They have figured out a way to make their events are a great deal of fun for their audience throughout the whole night without ever having to compromise the integrity of their work. They have also expanded to share their work outside of Toronto, which is crucial when trying to spread the word about Toronto's budding opera scene. There is much to be learned from this top notch company!

Soundstreams: When and why did you form your ensemble?
Richard Burrows: TorQ was formed in 2004. The group first combined to compete as the sole Canadian ensemble at the International Percussion Ensemble Competition in Luxembourg. We realized that there was a market for us in the educational and general audience world, so we decided to commit to performing more concerts than just the competition. 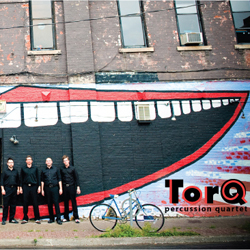 SS: Ideally, where will TorQ be in five years?
RB: We have numerous projects on the go, but one of the main markets we are trying to tap into is the orchestral concerto market. It is our hope to be playing in the world's finest orchestral halls, with a piece that brings TorQ to the eyes and ears of the global public.

SS: As an audience member, why should I attend performances by smaller companies? What can I expect at one of your shows?
RB: TorQ brings a level of accessibility to new music that a lot of other musicians ignore. We are there to present interesting works in an interesting way that appeals to the audience. We make music for our audience, not ourselves. TorQ has a heightened level of visual and audible novelty with our performances. From lyrical quartets to high-energy show piece, TorQ will engage your senses.

SS: What’s the most exciting thing coming up for your group in the next year?
RB: We have numerous premieres this year by such composers as Andrew Staniland and Michael Oesterle. As well, we have a new concerto for TorQ and wind ensemble.

SS: Who is your indie presenter crush?
RB: We have a close connection with Toy Piano Composers and we really stand behind their vision. This is a group of talented musicians that understand the current trends in composition and concert promotion.

The first five people to email Ben Dietschi at [email protected] with your “Indie Presenter Crush,” will receive two tickets to either:

This is the second of a three-part series highlighting some of the most exciting big music coming from small places, featuring some of Toronto’s foremost “indie” new music presenters. Check out part one, and part three.