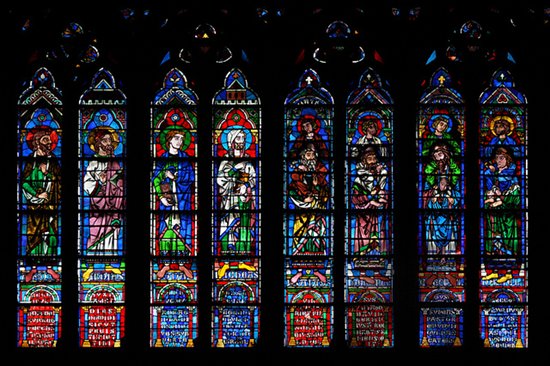 We caught up with David Fallis over the phone, to discuss the themes of Vespers, comparing the differences and similarities of the Monteverdi and Tremblay pieces, as well as some of his musical favourites.

Soundstreams: The theme of the Vespers concert is “ancient meets modern.” How does this theme appeal to you and why?
David Fallis: My work as a musician has always included a lot of “early” music. The Toronto Consort performs music from before 1650, including lots of medieval music, the earliest music that has survived in written form. At Opera Atelier we produce early operas, mostly works from before 1800. And in the last ten or so years I’ve done lots of contemporary music, so this theme appealed a great deal. 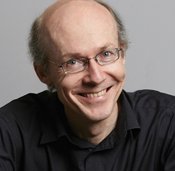 There are commonalities between ancient and modern music that are interesting to explore. Many modern composers are very interested in new soundscapes, using instruments in non-standard ways, or exploring unusual instruments in order to produce different kinds of sounds. I think that’s one reason why percussion has become such a wonderful part of a lot of contemporary music, because percussion allows for such a variety of different sounds, many quite unique. We certainly hear this in the Tremblay. It calls for three percussionists, and each has to play all sorts of different instruments, in this case all metallophones, instruments that are made of metal, as opposed to skin or wood. Tremblay had a very fine ear for the differences between these metallophones, and the resonances he creates are extraordinary. And they combine with an unusual ensemble of winds, brass, with only one stringed instrument – a double bass which often plays high harmonics!

But I think the Monteverdi will also introduce our audience to an unusual soundworld. From the beginning I wanted to be sure that we could perform the piece using the instruments he had in mind. We have two cornettos (a cross between a recorder and a trumpet), and it is an instrument we don’t hear very often. It is featured with early trombones, called sackbuts, which are quite different from a modern trombone. There is also a theorbo which is a long-necked lute, and the early strings, which are strung with gut strings instead of metal strings. So we will hear two unique and for me unforgettable soundworlds, setting the same ancient texts.

Another interesting feature of this program is the way both composers use plainsong. In his Vespers of 1610, Monteverdi, like lots of religious composers of his time, uses plainsong extensively. But what is unique about Monteverdi is the way he used plainsong in a very up-to-date and avant-garde way. It’s very striking that every movement which we will be performing, has plainsong embedded in it somewhere. It’s not always easy to hear, but it’s there. Some plainsong is extremely beautiful, melodic and lyrical; other plainsong is very simple and is just used to recite words to, called a “reciting tone”. Monteverdi uses this in some of the movements we’ll be doing. And yet, he’s able to construct these fabulous, wonderful pieces using the plainsong.

You’ve conducted many Soundstreams concerts, including several pieces by Gilles Tremblay. What keeps you coming back to us and why do you think Tremblay is an important composer to present?
DF: Well, I am very pleased to be asked to do Soundstreams programs because I always find the themes and combinations of musics so fascinating. Choir 21 was born out of Lawrence’s vision of a vocal ensemble dedicated to contemporary and challenging choral music, and I’m very pleased with the way that Choir 21 has developed. Tremblay is an important composer, and a great Canadian composer. There’s an ecstatic quality to his music, which I love. His Vespers is a religious ecstasy, and he has a lushness and a wonderful rich, harmonic vocabulary that a lot of French music has. And he is clearly interested in the great traditions of Western music, but committed to giving it a fresh voice.

What was the last performance you attended?
DF: I went to Stratford and saw King Lear, with Colm Feore. I love to see a great performance of King Lear whenever it comes along. The last concert I went to was at the Festival of the Sound, in Parry Sound, where I heard Schumann’s Piano Quintet, performed by Martin Roscoe, and the New Zealand String Quartet. Thrilling!

Are there any conductors, whether directly or indirectly, who have inspired you in some way?
DF: William Christie, who does a lot of French Baroque music so well. Or John Elliot Gardiner. The influence is sometimes direct, or sometimes you’ll hear something and think, “I don’t like the way that works.” I’ve always enjoyed anything recorded by Richard Hickox.

Who are your favourite musicians, whether classical or contemporary?
DF: Maybe it’s easier to answer that question with, what are the characteristics of my favourite musicians, and I would say that you always love to work with musicians who are extremely committed to whatever they are doing. To me, that is what will attract me, to see a performer who has a charisma and commitment to the repertoire, which comes through when they’re performing. Of course, a musician has to have a certain basis in technique, but that’s not the thing that makes them fabulous and engaging. Sometimes you can go to amateur performances, and see people that are singing and playing with commitment, and it may not be perfect but their passion jumps off the page.

What are some of your exciting future projects that you can share with us?
DF: With the Toronto Consort, there’s an absolutely wonderful piece of mediaeval music theatre called The Play of Daniel, which comes from the 12th century. For the first time, we will be working with a youth choir, the VIVA! Youth Singers of Toronto. It is originally all in Latin, so to make it easier for our young performers I’m creating a rhymed English translation. It will be staged next May, as a mediaeval pageant piece, telling the story of Daniel in the lions’ den, and the writing on the wall at Belshazzar’s feast.

LIGHTNING ROUND
Favourite City:  Delft in the Netherlands, or Córdoba in Spain
Worst Airport: I don’t like big, monstrous airports, and I hate them in general…
Guilty Pleasure Song:  Eli’s Comin' by Laura Nyro
Best Concert Hall:  A concert hall is like part of your instrument. I’ve performed in the Musikverein in Vienna, and was overwhelmed by the sound. In Japan, there were wonderful halls, like the Bunkamura in Tokyo. The Royal Opera House in Versailles was an exquisite match for the Lully operas I have conducted there with Opera Atelier.
Favourite Restaurant: La Carnita, which is right by my house.

Tickets are still available for Vespers, starting at only $20. Purchase tickets here!