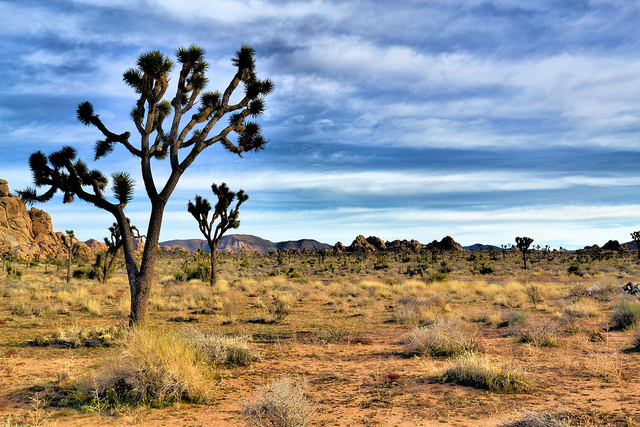 Music inspired by the seasons or by The Four Seasons.

Nature, weather, the seasons, atmospheric phenomena… all have long been sources of inspiration for artists and composers. I can count myself on that list. I remember being a student and telling my composition professor at the time that I wanted to write a piece about a winter blizzard. He sort of looked at me as if I was either in over my head or a bit crazy and said “a blizzard? Have you ever been in a blizzard? They’re unbelievable, they’re absolutely mind boggling… the freezing cold, the blowing snow, whiteouts, trees falling down… You want to represent this, with musical notes?” One aspect of the message was “that is an awful lot of notes.” The other part of the message was “good luck.” Now years later, I find myself writing music as I'm thinking about a violinist caught in a gigantic summer haboob (aka dust storm) slowly moving across the Mojave Desert. Some themes seem to stick around.

When I started writing Mojave Dreaming I spent a fair amount of time trying to get an angle of approach for the piece. Representing all four seasons in a fifteen-minute composition seemed unrealistic, so I decided that I’d focus on the season of the moment, summer. My lingering question, though, was how to go about it. 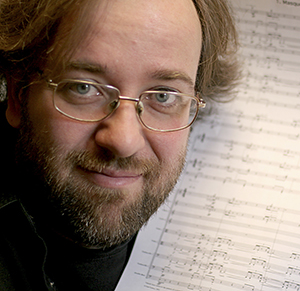 I’d heard Vivaldi’s Seasons on countless occasions but I’d never listened with the mindset that I’d be writing a work linked to it in some way. So, turning to Vivaldi for some inspiration I listened to his Seasons for the first time with a score in hand. I was immediately surprised to see that his score was annotated in such specific detail with fascinating visual descriptions of what the music was expressing in his mind. I thought this was quite inventive and seemed like a strategy that could bring an inspirational spark to my work. It would also be a link of sorts with the Vivaldi. Another link is the focus on the violin. While Vivaldi’s Seasons are true concertos in a Baroque sense, in my piece there is a brief concertante aspect in the second movement in which the solo violin part hearkens back to an older style of playing.

Thinking of expressing summer musically in some way I decided to become somewhat specific in my intentions and locations. I asked myself, am I expressing a humid summer in London, Ontario, a rainy summer in the UK (stereotype alert!), a cool summer in Reykjavik, a summer roaming the canals of Venice (Vivaldi’s stomping grounds), or, perhaps, a blistering hot summer in the heart of the hottest region in North America, the Mojave Desert? Never having traveled to the Mojave the composition became a daydream of what it would be like to see the tarantula-like limbs of Joshua trees or to experience phenomena such as heat haze rising from the asphalt of a deserted desert road, massive dust storms removing all visibility and filling every orifice, dust devils chasing invisible prey over the scorched landscape and just the pure dry heat.

Lawrence Cherney, artistic director of Soundstreams, has a way of throwing curve balls and all kinds of off speed pitches at composers and this was no exception. Mojave Dreaming is the latest and a line of collaborations I’ve had with Soundstreams and, as always, the experience has been a journey along a new, unanticipated path.

Tickets to The Seasons start at just $20 and can be purchased here.