Airline Icarus was commissioned by a small Vancouver opera company, Opera Breve, in 2001. Soundstreams’ Artistic Director, Lawrence Cherney, was among those who witnessed the project’s first public workshop. The untimely death of Opera Breve’s co-founder John Juliani in 2003 cut short the company’s plans to develop the work. Lawrence and Soundstreams continued to support the development of Airline Icarus and in 2006, audiences heard a sizable sample of this emerging opera by composer Brian Current and librettist Anton Piatigorsky in the Glenn Gould Studio. A 30-minute excerpt was presented as part of the concert series “Encounters,” which Soundstreams produced in association with CBC Radio. The 2006 recording and broadcast of this performance helped to support the continued development of the work, and we’re now able to experience the completed opera in its first full production. 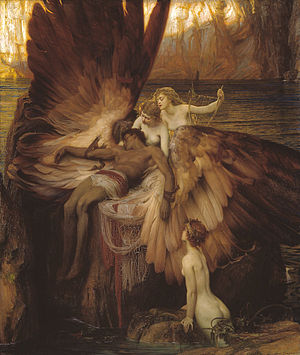 Current and Piatigorsky have written, “Airline Icarus is about the intersecting thoughts of passengers aboard a commercial airplane. It explores the themes of hubris mixed with technology, the forced intimacy of strangers and flying too close to the sun. Over the course of the work, the plane becomes brighter and eventually vanishes.” Their collaboration had begun simply enough. Current says that, while discussing air disasters, “Anton told me that he had just written a poem about the absurd little society we often take for granted aboard commercial flights and the unsettling mixture of hubris and technology: we’ll make small talk and watch movies while inches outside the window is a glorious cloudscape or freezing certain-death.” Piatigorsky later proposed the Icarus myth—Dedalus, the inventor-father builds wax wings that his son eagerly dons and takes flight, but who then flies too close to the heat of the sun and tumbles to his demise—as the ideal metaphor for what they would try to express with the opera.

In the opera itself, the main characters each have their individual flight dreams, as well as longings and fears. As the flight takes off for Cleveland, the interpersonal dynamics of the three passengers and the Flight Attendant are exposed—the Flight Attendant desires the Business Man, the Business Man desires the Ad Exec, the Ad Exec longs for someone unknown while she talks to the Scholar about Icarus. Turbulent desires grow too strong. The plane releases and cracks, but the Pilot, in a state of bliss, saves the plane from terror and sadness. 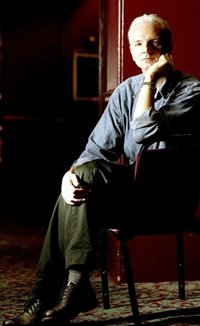 This first full production of Airline Icarus brings together a creative team lead by director Tim Albery, who suggested the treatment while directing another recent Soundstreams production, The Children’s Crusade (R. Murray Schafer). Albery points out that, whereas a majority of new operas are adaptations of existing stories, Airline Icarus is a true original collaboration, with two award-winning artists working closely together to write the work, and then collaborating with the design and production team to bring it to completion. Albery has created a unique theatrical experience, together with set and costume designer Teresa Przybylski, who has a long association with Soundstreams, and with lighting designer Kimberley Purtell. He says, “This is like an ‘Indie Opera’ and it seems to me that that has to be the future of the way opera goes.”

In the notes for the upcoming release on NAXOS Records, Current says that, “Icarus disappears in much the same way that people involved in airline tragedies disappear, and the way astronauts of the Space Columbia disappeared in a blaze of light over Texas.” He notes that the cries of Icarus’ father, Dedalus, “…are heartbreaking, not so much because Icarus has crashed and died, but more that he knows that we are doomed to keep building things—airplanes, computers, opera— in an endless cycle of trial and error that sometimes leads to disastrous consequences.”

The opera plays on these universal themes with a cast of five characters, a chorus of six, and a nine-member instrumental ensemble, which reflects the modest scale suggested by the original commission. But the innovative staging by Albery and his creative team compels us to consider how we would each interpret the messages in the story. In Current’s words, “Like Dedalus, we might curse this sorry state, or we can rejoice in the thrill of our power to create wonderful things, as soaring Icarus must have thought before the moment he disappeared.” Albery says that, “There is an empathy, a shared understanding that we all live in terror, and that somehow we have to help each other through it towards whatever this future is going to be.”