We have been enchanted in the office by Haruka Fujii’s copies of the Japanese Children’s Letters to God books. On March 5 at our Fujii Percussion and Voices concert, Rika Fujii will perform Miyoshi’s piece inspired by these books with the Toronto Children’s Chorus, Chorale. Here is a little about the books and a peek inside their pages! 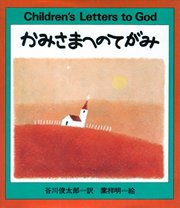 Letters to God was commissioned by Mutsuko Fujii, and performed by Ms Fujii and the Nishi-Rokugo Boys and Girls Choir in 1985. Composer Akira Miyoshi took an inspiration from the Japanese children’s book Letters to God, which was created by known Japanese poet Syuntaro Tanizaki and illustrator Syomei You. The original book is a collection of short letters to God from children published in 2008 complied by Eric Marshall and Stuart Hample. Marshall and Hample gathered the letters from friends, hospitals, orphanages, camps and Sunday schools across the nation. The book has so far sold nearly a million copies. 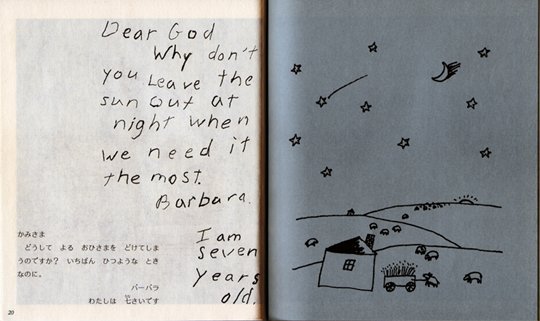 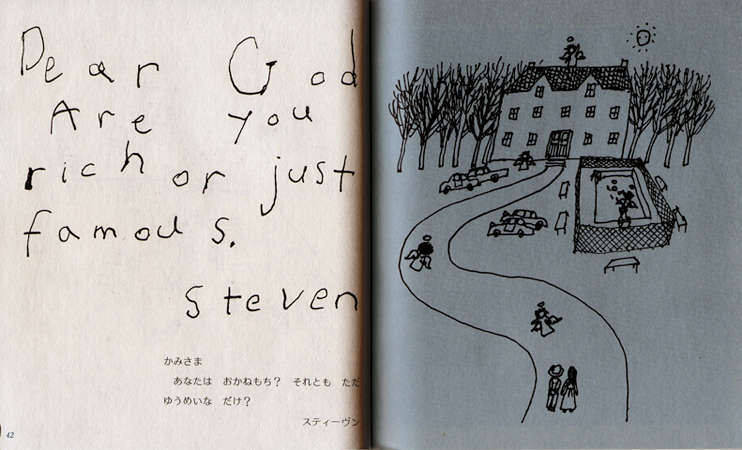 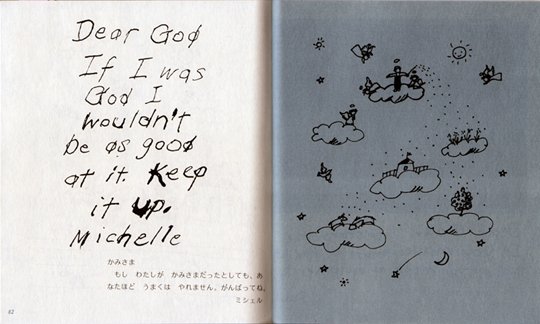